For Stock and Pricing info@professionalvideostore.com

The Decimator Design DMON-4S Quad (3G/HD/SD)-SDI to HDMI Multiviewer and Converter is a truly portable converter, that incorporates our new easy to use LCD and button control system. This gives you easy access to all of the amazing features without using complicated LED/button control, dip switches or having to carry around a computer to change a simple setting. Includes 4 independent mini HDMI outputs that can each output any of the four (3G/HD/SD)-SDI inputs or a Quad-Split of all them. For example you could use the unit to have: - 4 independent SDI to HDMI converters - 3 independent SDI to HDMI converters with a quad-split output - 2 independent SDI to 2 x HDMI converters with loop through - A single SDI or Quad-Splt to 4 x HDMI outputs Inputs 2 and 4 can be individually changed to output active loop copies of inputs 1 and 2 respectively. Quad-Split mode allows selection of audio from any input. New UCP (USB Control Panel) Version 2.0.6 Released for both the Mac OS X and Windows 32/64-bit: Support added for 3G level B.The 3G output level of either A or B, can be selected on units with SDI outputs. This allows for easy conversion between 3G level A or B. Horizontal and Vertical image flipping per window. The DMON-4S gets a huge update, making it a functionally new unit as it now moves from fixed window quad-splits to a professional customisable 1 to 4 channel multi-viewer. The MD-Quad also gets the custom layouts features from the award winning DMON-6S / 12S / 16S series. The DMON-4S also now has custom UMDs. 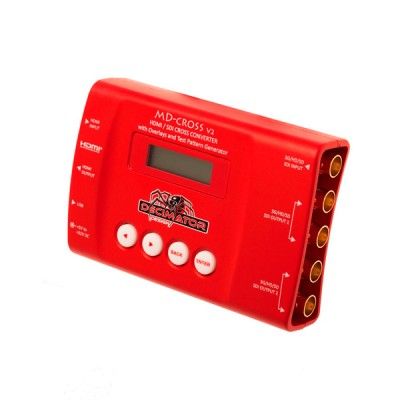 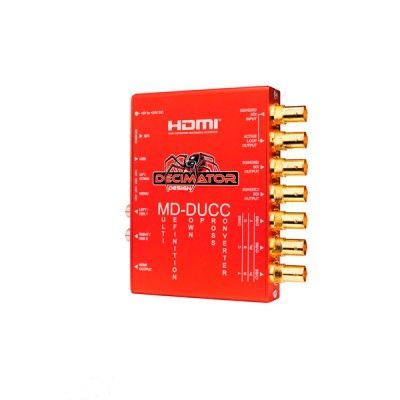